Titanic treasure can be sold to hedge fund, US court rules

U.S. Antifa riots: Marxism on the rise, proxy war for whom?

U.S. Antifa riots: crowds call for justice as protests ignite across the US

Titanic treasure can be sold to hedge fund, US court rules

The judgement approving the sale was made by the United States bankruptcy court in Jacksonville, Florida.

A UK consortium, including National Museums Northern Ireland (NMNI), decided earlier this month not to bid for the items.

Flu Is Getting An Early Start In The US This Season

‘Bits and pieces’: Americans view impeachment on their terms

Titanic Belfast and Titanic Foundation Limited were part of that consortium alongside the National Maritime Museum Greenwich and NMNI.

The owners of the artefacts, Premier Exhibitions, are selling them after filing for bankruptcy in the United States.

Titanic is perhaps the most iconic ship in history. On its maiden voyage to America in April 1912, it hit an iceberg and sank, killing more than 1,500 passengers and crew.

The collection includes a piece of the hull and sets of china from the ship. 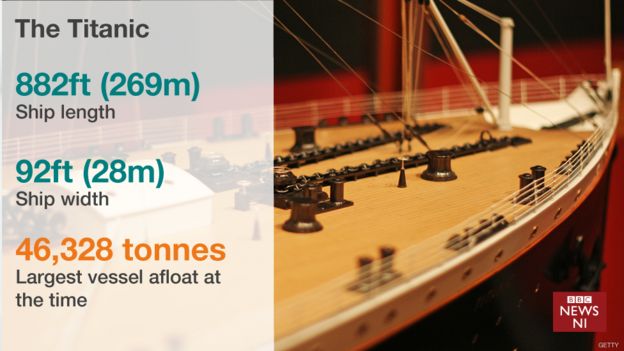 A few items from the Premier Exhibitions collection are actually on display at the Ulster Folk and Transport Museum as part of its exhibition about Titanic.

The UK consortium launched a campaign to raise funds in July, which was backed by the oceanographer Dr Robert Ballard and the film director James Cameron.

However they withdrew from the process after the hedge fund consortium launched a higher bid, and the bankruptcy court ruled that potential buyers would need to raise at least $21.5 (£16.5) to trigger an auction for the items.

In withdrawing, the National Maritime Museum Greenwich (NMMG) and National Museums Northern Ireland (NMNI) were critical of the sale process.

No auction subsequently took place and a sale hearing was scheduled, which has now taken place.

In approving the sale, the bankruptcy court over-ruled objections from the equity committee, which represented shareholders in Premier Exhibitions.

They believed that the total value of the artefacts was much higher than $19.5m.

U.S. Antifa riots: Marxism on the rise, proxy war for whom?

Lioness kills father of her cubs at US zoo

Among the allies urging the Trump campaign to change tack or risk defeat is someone who knows a thing...