Wolf Spotted In Colorado Is From Wyoming’s Snake River Pack

Project After collects clothing for victims of sexual assault

Wolf Spotted In Colorado Is From Wyoming’s Snake River Pack

The wolf recently seen and photographed in Jackson County was confirmed by Wyoming Game and Fish to be a male gray wolf from Wyoming. The collared wolf is from the Snake River pack and was last recorded by transmission signals on February 12 during routine telemetry flights around South Pass, according to Colorado Parks and Wildlife.

CPW shared photos of the animal on Twitter. You can see it is wearing a tracking collar.

“[The wolf] was last recorded by transmission signals on Feb. 12 during routine telemetry flights around South Pass,” CPW tweeted.

“The Gray Wolf is gradually returning to its historic homeland in Colorado from areas with healthy wolf populations including Montana and Wyoming,” Gov. Jared Polis wrote. 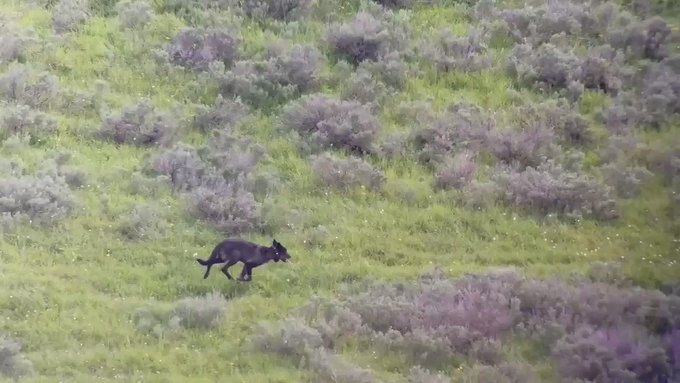 “Colorado Parks and Wildlife will monitor the area but is no longer actively pursuing the wolf’s location. CPW will remain in close communication with U.S. Fish and Wildlife Service, the USDA Wildlife Services, Wyoming Game and Fish and local municipalities,” CPW officials said in a statement released Wednesday.

Under the Endangered Species Act, harming, harassing, or killing a gray wolf — other than in cases of self-defense —  is a federal crime subject to fines of up to $100,000 and up to one year in prison.

Hong Kong police arrested six more men on Wednesday in connection with the discovery of a homemade pipe bomb...